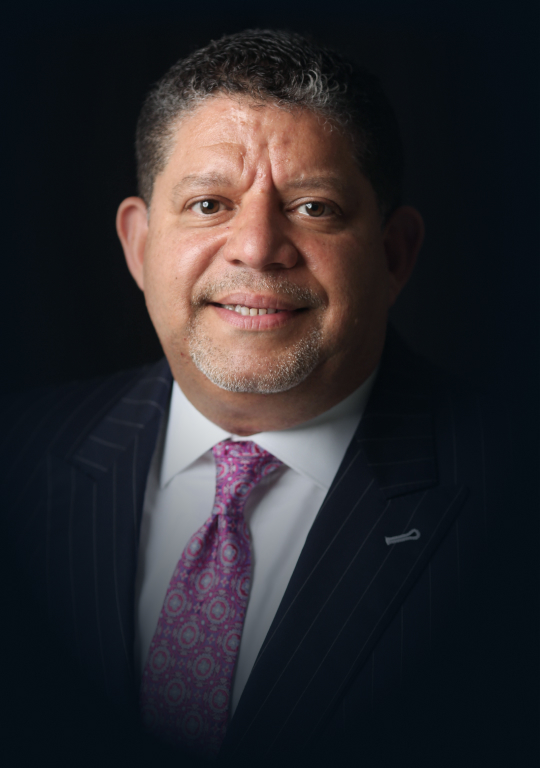 Dario Martinez has been a personal injury lawyer at Raphaelson & Levine Law Firm since 2006. Widely known throughout the industry as a gentleman and a tremendous advocate for all accident victims and individuals represented by the firm, he is a regular fixture in the Supreme Court of every county in New York State. Having fostered strong relationships with all members of the legal profession over the past decade, Mr. Martinez’s relationships exist because of the respect he has earned inside the courthouses due to an impeccable record for always being prepared, respectful, honorable and ready to advocate for the firm’s clients.

Dario’s character and integrity are characteristics that have always been at his core and make him the great lawyer and person that he is. He was born and raised in New York City by his parents from the Dominican Republic.  A 1998 Graduate of the Thurgood Marshall School of Law, Dario is admitted to practice law in the state and federal courts of New York, New Jersey, and the District of Columbia.

Mr. Martinez has practiced exclusively in personal injury throughout his legal career. During his tenure at Raphaelson and Levine, he has litigated and resolved cases that have resulted in multimillion-dollar awards. He has successfully advocated for many hardworking injured New Yorkers, including many construction workers that were badly injured and never able to return to work after an accident. Not to mention, Dario has also represented accident victims in motor vehicle accident cases, trip and fall accidents, and for people who sustained serious and catastrophic injuries.

Dario’s background allows Raphaelson and Levine a special perspective into the Hispanic and Dominican communities in New York.  His background has complemented and reinforced the firm’s strong roots in the Hispanic community, dating back to the early 1990’s. Our law firm understands that to properly represent people injured in accidents, we must understand every aspect of their life and how a person’s life is affected by injuries. Understanding the Latino communities’ family values, culture, traditions, and lifestyles allow our firm to recover exceptional awards for Latino clients – some of which have been the highest awards achieved in the industry. Dario’s zealous advocacy has earned him a well-respected role within the legal community as a voice of the injured.

Dario is an active member of the New York State Trial Lawyers Association, and as much is the most recognized Hispanic lawyer in New York advocating for this organization.  Often visiting the Trial Lawyers Association offices, he regularly attends their organizational meetings, seminars, events, and award ceremonies. Dario travels annually to Albany, on behalf of the organization, where he meets state senators and assemblymen and women and lobbies for consumer protection for New York accident victims. The lobbying efforts have resulted in strengthening existing laws and spearheading new laws that are necessary for a state that is always progressing and moving forward.

If you’ve been injured, contact the Raphaelson and Levine Law Firm today and ask to speak with Dario Martinez. We look forward to assisting in your legal matter.