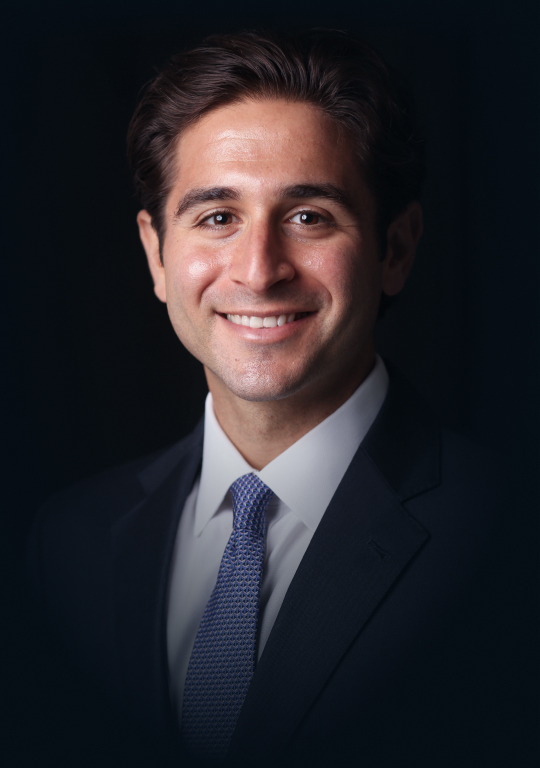 Joseph M. Taylor, Esq. is an Associate at Raphaelson and Levine Law Firm, P.C. and an attorney licensed to practice law in the state of New York. Joseph focuses his practice on motor vehicle collisions, premises liability, trip and fall accidents and various other types of negligence actions. Born and raised in Essex County, New Jersey, Joseph has always been determined to practice law, and has long held a passion for helping others.

Joseph is a graduate of the University of Delaware, where he received a Bachelor of Science in Finance and a Minor degree in Economics. He then completed law school at The Pennsylvania State University, Dickinson School of Law, receiving a Juris Doctor degree. At Penn State, Joseph competed successfully in a number of trial advocacy programs and competitions. He also received high praise for his achievements in legal writing and drafting, as well as in tort law.

Mr. Taylor gained valuable legal experience well before his admission to the bar. Joseph grew up surrounded by his father’s real estate law practice in New Jersey, which is what initially struck his interest in one day practicing law. Before law school, Joseph worked closely as an intern with a well-known criminal defense and litigation firm in New Jersey. During law school, he spent the summer following his first year as an intern with Raphaelson and Levine. He returned to Raphaelson and Levine the following summer to serve as a summer associate. As a summer associate, Joseph immersed himself into the practice and assisted in the drafting of legal documents, preparing substantial cases for trials and mediations, sitting in on depositions and managing cases on a day-to-day basis.

Because Joseph spent the early years of his legal career at Raphaelson and Levine, he was able to study under the senior attorneys at the firm who have achieved great success over the course of their careers. Just as importantly, it was instilled in Joseph at the inception of his practice that there is no substitute for thorough preparation, attention, and understanding of each case and client. He has since used that knowledge to model his approach toward the practice of law.

As an attorney with Raphaelson and Levine, Joseph spends the majority of his days in court throughout the State of New York, including in the counties of New York, Bronx, Queens, Kings Nassau, and Suffolk. Through daily court appearances, he has developed hands-on experience in interacting with other attorneys and achieving positive results for his clients through the discovery and negotiation process. Additionally, Joseph constantly communicates with insurance companies in an attempt to resolve his client’s’ claims.

With the wide range of cases that come across his desk, Joseph has dealt with matters at all ends of the spectrum of Personal Injury law. In doing so, he has developed an understanding that no two cases or clients are the same, and that each deserves his full attention and effort. While in the office, Joseph is responsible for the preparation of a wide range of legal documents that are integral to particular cases. He also receives and meets with prospective clients who have been seriously injured, and assists in the evaluation of new cases that enter the firm.

“Interacting with various clients has given me an understanding and unique perspective on helping people that few others have. There have been few things in my life that feel more rewarding than advocating for an injured client, and I look forward to doing so every day. I fight, and will continue to fight for the rights of each and every one of my clients.”

Outside of the office, Joseph is an avid fan of the New York Yankees, New York Giants, New York Knicks, and the New Jersey Devils. He also enjoys traveling, being active outdoors, and spending time with close friends and family. As he is early in career, Joseph has a fierce desire to continue learning the best ways to achieve success for his clients. He is determined to continue advocating for the injured people of New York and give them a voice that they would not otherwise have.