Police Brutality
If you've been a victim of excessive police force, we can help. Contact our New York City police brutality lawyers to discuss your legal rights.
I Want a Free Consultation 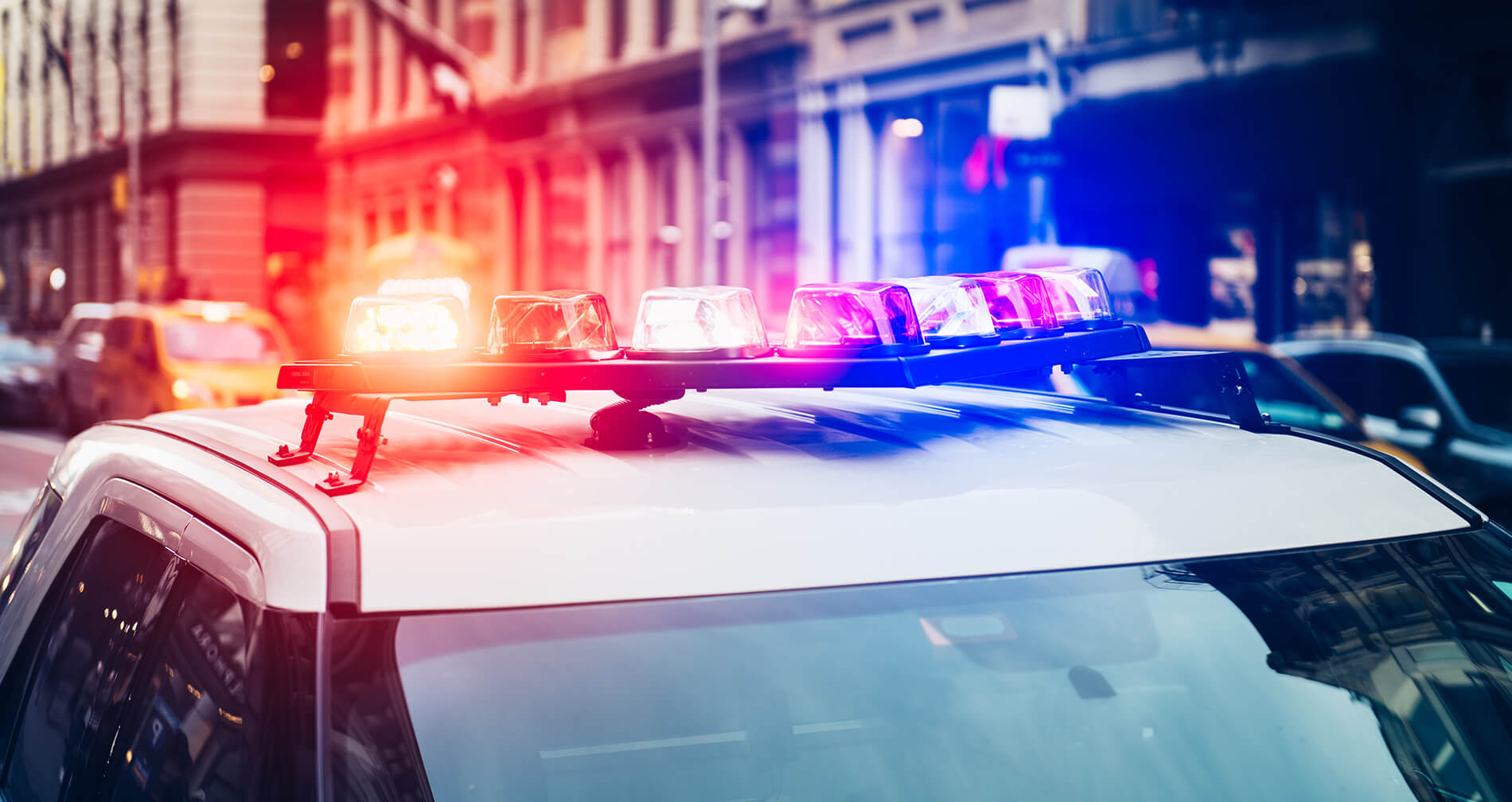 According to the Washington Post, every year nearly one-thousand people lose their lives due to a police shooting or another form of violence, and thousands more sustain unnecessary injuries. An encounter with the police should never result in the loss of life or serious injury.

While many NYPD officers are sworn to serve and protect abide by a strict code of conduct and ethical treatment, situations of police brutality and excessive force occur far too often in New York.

While the New York Police Department (NYPD) is the largest in the entire country, with 77 patrol districts and more than 36,000 officers, it maintains the responsibility to ensure suspects and bystanders rights are not violated.

If you’ve suffered due to excessive force of a police officer or have been falsely arrested you have rights. Contact an experienced New York police brutality lawyer at Raphaelson & Levine today to discuss your rights and legal options, call 212-268-3222 or complete our free consultation form.

What is Considered Police Brutality in New York?

No one can argue that police officers in New York have an incredibly difficult and often dangerous job. They work with violent offenders every day who have little regard for the law. That means the use of force is sometimes necessary to bring a suspect under control and arrest him or her. However, laws in New York dictate that officers may not use excessive force and that they must always respect the dignity of the person they’re arresting as well as the value of all human life.

When a police officer ignores these mandates and uses excessive force instead, the person who suffered harsh or unfair treatment may have a legitimate case for police brutality. The victim of police brutality is within his or her legal rights to retain the services of an attorney to investigate the case and potentially bring a civil lawsuit against the individual officers involved as well the police department employing them.

As police misconduct lawyers, we at Raphaelson & Levine have represented many clients who are legitimate victims of police brutality. Unfortunately, we have seen a wide range of unlawful behavior by New York police officers that left victims with long-term physical and emotional harm. Some of the most common types of NYPD police brutality cases that we have represented include the following:

New York law only permits police officers to use physical force when the person under arrest or those nearby pose a significant threat to the officer’s safety or the safety of others. Additionally, the officer can only use force in proportion to that used by the suspect or onlookers. In cases where excessive use of force by the police violates civil rights, the injured person or the immediate family of a person killed may be eligible for financial compensation by working with a New York police brutality lawyer.

The improper or excessive use of a taser to subdue a suspect or onlooker at a potential crime scene can lead to significant injuries and even death. The human body cannot withstand repeated electrical jolts without consequence. Sadly, more than 300 people have lost their lives due to the misuse of a police taser. While this sometimes occurs due to an over-aggressive cop, it’s also possible that he or she never received the proper training to use the device in the first place.

Sometimes police officers attempt to arrest someone simply because he or she is of a certain race. This is due to the officer’s own prejudice. If the person is not guilty and an attorney for police brutality can prove racial profiling, the victim may be entitled to financial proceeds from a lawsuit.

The choice to use a deadly weapon should always be a last resort for any New York police officer. Unfortunately, some reach for their service weapons much too soon in the encounter before attempting to de-escalate it in another way. Others may not intend to shoot a suspect or bystander but do so out of the negligent handling of their gun. However, the shooting occurred, surviving family members have the right to contact an attorney for police brutality to investigate the events leading up to the shooting. They could potentially receive a financial payout if the attorneys can prove that the shooting occurred due to negligence or aggression and not the officer fearing for his or her life.

A police officer has no right to make sexual advances or to rape a person in his or her custody. Unfortunately, some police officers do commit this horrible act and then use threats to coerce the victim into silence. This is a criminal matter no matter what the police officer says.

Police officers must have probable cause or reasonable suspicion to place someone under arrest or detain him or her in jail. Committing these actions without just cause can significantly impact the life of the arrested individual. Although wrongful imprisonment or false arrest may not involve physical force, the person is a victim of police brutality nonetheless and has the right to fair legal representation.

The above represent only some potential instances of police brutality. It’s important to note that the action need not be physical for the victim to seek help from a New York police brutality lawyer. The police officer may have verbally abused or threatened the victim, used coercion to keep the victim silent, and engaged in several other inappropriate behaviors. If you’re ever in doubt whether you’re a victim of police brutality, the best thing to do is contact an attorney at Raphaelson & Levine for a free case review.

What Do I Do if I’ve Been a Victim of Police Brutality or Misconduct?

If you feel you have a case for excessive force or another form of police brutality, it’s important to document everything (even if you think it’s not relevant). Detailed documentation makes it easier for a police misconduct lawyer from our law firm to investigate your case and file a lawsuit on your behalf.

Documentation includes written notes as well as photographic evidence. Be sure to write down the time and date of the event as well as take numerous pictures of your injuries. Write down exactly what happened in your own words, including your actions and the actions of the police officer.

This should include his or her legal actions as well as those that you feel crossed the line into police brutality. Try to speak to witnesses at the scene and obtain a statement and contact information from as many people as possible.

Perhaps most importantly, seek immediate medical attention for your injuries and retain a copy of your medical reports and bills to present as evidence in your lawsuit later. After receiving treatment for your injuries, contact an attorney to discuss your excessive force claim and the next steps for legal action.

How a New York Police Brutality Lawyer Can Help

As the victim of police brutality, you know how intimidating it can be to challenge someone in authority. It’s your word against that of the police officer and likely the entire New York Police Department as well.

The obvious benefit of working with an attorney familiar with NYPD police brutality cases is that you have someone on your side. Your attorney will listen to the details of your case, review your documentation, initiate an investigation, and then file the lawsuit on your behalf against the New York Police Department and the individual police officer. You could potentially receive financial compensation in several categories, including:

While no amount of money can undo the damage done to you, it can compensate you for the new reality you face living as an injured person. You stand a much greater chance of achieving a successful outcome with your lawsuit by retaining an experienced New York police brutality lawyer as early in your case as possible.

The law firm of Raphaelson & Levine has served personal injury victims throughout New York City for over twenty-five years and will provide you with the highest caliber of legal representation in your police brutality case.

We are proud of the recognition that our firm consistently receives as Top Personal Injury Litigators and Top Verdicts & Settlements among New York personal injury attorneys, and have helped hundreds of injury victims recover compensation, including a $500 Million settlement for the false arrest of a Queen’s custodian.

One of the most important things as a victim of police brutality is to feel like someone believes you. At Raphaelson & Levine you pay no fees unless we obtain a successful police brutality lawsuit for you. To speak with a police brutality attorney about your claim, call our Midtown-Manhattan law office at 212-268-3222 or complete our free consultation form.

No fees unless we win